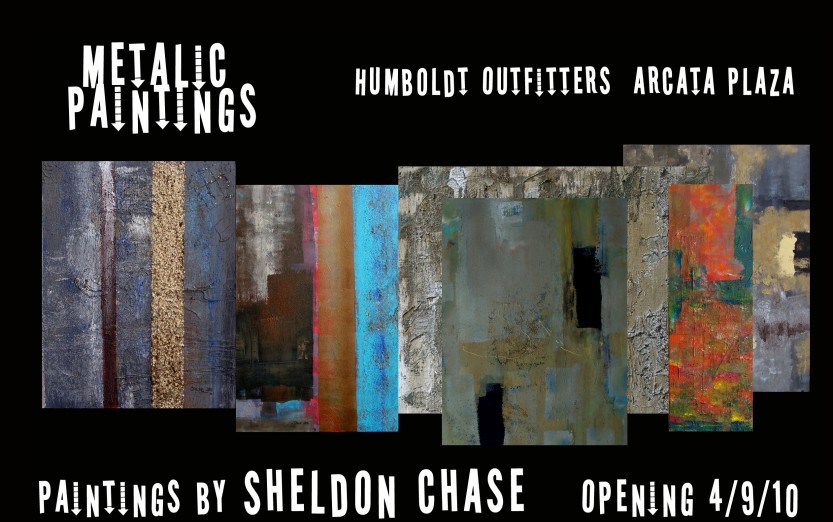 This is a flyer which was created for a past show at the Humboldt Outfitters in Arcata. This show was the first art hanging they did since opening the business. I have to say thanks to Doug Blair for helping me create the card/ flyer on Photoshop. As an update, I have a new art show scheduled at the Big Blue Cafe in Arcata on December-January 2011-12.

This announcement was made to advertise a previous show I did in San Francisco in the summer of 2010. The gallery was called the Artists Alley and they were centrally located in San Francisco. The model in this painting is my cousin Lydia and she and her sister, Velvett both showed me a trail park in Tempe, AZ. I took a series of photographs of Lydia there and this is one I chose for this painting. The long shadows you see were actually there since we photographed this session in the late afternoon prior to sunset. SC.

One thought on “Getting Metallic and an Arizona Scene”